FROM TANKERS TO SUBSEA – A NEW DAY FOR STORD

FROM TANKERS TO SUBSEA – A NEW DAY FOR STORD

Posted On September 8, 2016  By Alex Williams  And has No Comment

Some of you might remember the construction of Supertankers at Stord in the 1970´s, now the construction of a new establishment at Stord could be a future reality. UNITECH is planning another major investment as a continuation of their business located at Eldøyane today.

As to why mention the Supertankers as an example? Bernt Hellesøe has previous experience in dealing with emergencies on tankers, more specifically with emergency unloading. This was back in the late 1970´s when Aker returned to the offshore industry. Hellesøe was then working with Frank Mohn in the Netherlands and observed the same as Onar Onarheim and his employees. The traditional shipping industry was experiencing a crisis. Emergency unloading of tankers and oil spills at sea was now a business concept.

After some time Subsea became something else, and that’s what triggered Hellesøe to establish his own business and so he formed UNITECH in 1984. 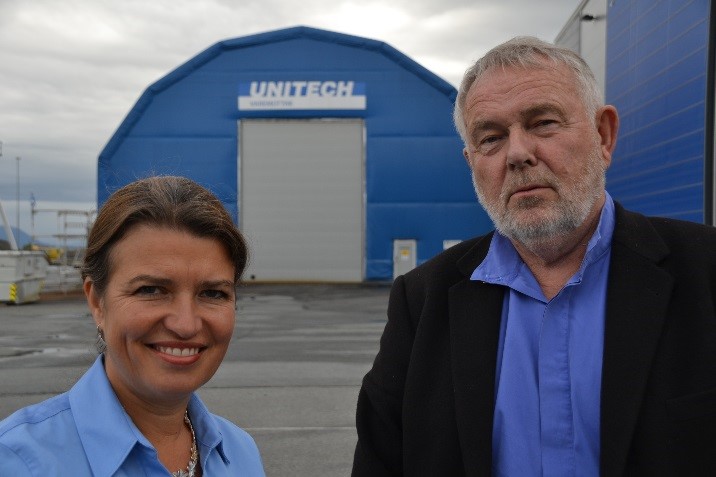 Next to him is Liv Kari Eskeland. She was the Mayor of Stord from 2007 to 2015 and now is currently working as the Project Manager for UNITECH on the planning of its new Research and Development center. Eldøyane has been the site for major changes in the last few years, as there has been lots of expansion and construction. We are now waiting for the next big step for Leirvik´s industry.

“We have already invested around 100 million NOK in our umbilical production facility here at Eldøyane. We are now looking to invest 2-3 times more in a new Research and Development center as well as a large multipurpose dock. Restructuring is necessary”, says Bernt Hellesøe.

We asked, you being from Bergen, and with UNITECH’s head office being located there, why have you chosen Stord?

“Because it is in Sunnhordland and at Haugalandet we find the unique offshore and maritime competences”, says Hellesøe.

He went on to say, “The multipurpose dock and the Research and Development center will not only harbor UNITECH´s advancements in Subsea, but also our investment into renewable energy and marine and defense systems”.

“It is in these times of recession, that we are able to acquire the people we need to help us move forward with these exciting development projects. This applies to those currently without employment, as well as those who are looking to their future”.

As mentioned, Liv Kari Eskeland is Project Manager for these new commitments.

“I simply could not refuse when Mr. Hellesøe contacted me around Christmas, asking for my aid in this endeavor. This is a fantastic assignment to have received. Along comes an investor and entrepreneur wanting to launch a large project in our region, of course we all have to pitch in to make this a reality. Anything else would be unthinkable, especially in the times we are in”, says Eskeland.

When asked what will your part be in all of this? Eskeland told us,

“Amongst other things, my task will be a finding the right location. At Eldøyane, a large part of the area is restricted in terms of construction, which presents us with challenges. I would also like to add that the competence needed for this center, should come from a varied background. From Ph.D.s to practical professional competences. We will be relying on our own employees, as well as being open for discussion with potential partners or other groups that could benefit from the facilities we are providing. This is how we will develop our industrial competence”, says Eskeland.

“Through the last century we have become a proud region of industry. This position is something we have to manage in a wise manner to maintain it”, says Eskeland. 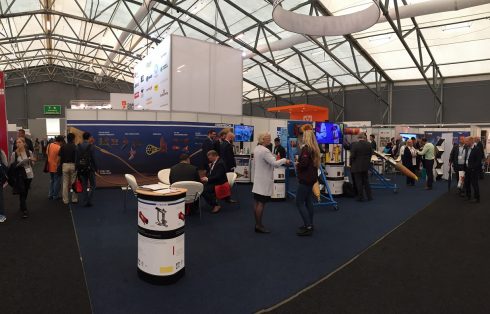